Harvest Queen was a packet ship of the Black Ball Line built in 1854, by William H. Webb, which sank in a collision with the steamer Adriatic in 1876. Mike & Shirley dexxxaa@gmail.com dexxxaa@earthlink.net (760) 366-2927 Joshua Tree, Ca 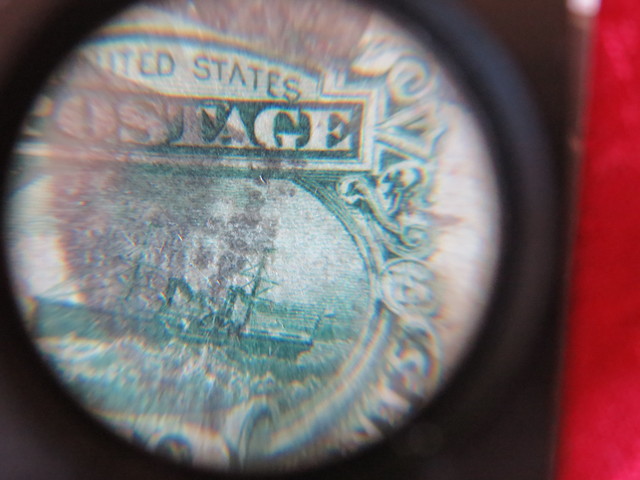 (Note: How Many Ghostly Images do you see?).....'One-Of-A-Kind'.. SS Adriatic 12 cent 1800's U.S. Stamp.....Adriatic was involved in several accidents. The first occurred in October 1874, when she collided with the Cunard Line's Parthia while sailing parallel. There was little damage to either ship. In March, 1875, Adriatic rammed the American ship Columbus in the Crosby Channel at Liverpool; Columbus was sunk and her captain's child was drowned, but the other six people on board were rescued by a passing ship.
Harvest Queen, sunk in a collision with Adriatic [3]

In December of the same year, in St. Georges Channel, Adriatic ran down and sank the sailing vessel Harvest Queen in an accident that resulted in the loss of all life aboard Harvest Queen. Harvest Queen sank so quickly that the crew of Adriatic could not identify what ship they had hit, and only a records search later showed who the victim had been. On 19 July 1878, Adriatic hit the brig G. A. Pike off of South Wales, killing five crew on board Pike. Blame was fixed on Adriatic for excessive speed.